Banks Are Holding Up Amidst Coronavirus Chaos – So Far

In the wake of the 2008 financial crisis, governments around the world made a concerted effort to enhance the stability and security of the global financial system. Through global regulatory frameworks such as Basel III and domestic regulatory efforts such as the US Dodd-Frank Act, regulators sought to ensure that banks were well-capitalized and prepared to weather inevitable economic and financial downturns. These efforts are being put to the test by the chaos unleashed by the coronavirus pandemic and they are holding up, at least so far.

Despite widespread financial market disruptions and slumping economic activity, banks have – thus far – been stable in the face of the coronavirus crisis.

Some argue that this is thanks to the enhanced bank regulations implemented around the world in the wake of the 2008 financial crisis. As the disruptions continue and the economic fallout widens, however, some worry that those reforms may not be enough to allow banks to emerge from the “coronacrisis” unscathed.

While there were many underlying causes, it is generally accepted that the global financial crisis originated in the US mortgage market. Excessive leverage and a relentless focus on returns led to a concentration of risks in certain segments of this market. When those risks began to unwind, it sent shudders throughout the interconnected global financial system, causing credit markets to seize up and leading to a long and painful global recession. To save the financial system, governments around the world were forced to bail out banks and other financial institutions.

In the wake of the crisis, the G20 – a group of the world’s 20 leading economies – undertook an overhaul of global financial regulation. To oversee the process, the G20 created the Financial Stability Board (FSB) and it, together with the BCBS (see box), developed a new global banking regulatory framework designed to reduce banking risk, strengthen bank balance sheets, and enhance the banking system’s resilience during times of crisis.

These global initiatives were complemented by domestic efforts among the world’s leading financial sectors. In the US, for example, the Dodd-Frank Wall Street Reform and Consumer Protection Act (Dodd-Frank Act) was implemented to address various US financial system issues. Among the Dodd-Frank Act’s provisions were measures addressing bank capitalization, systemic risk monitoring, derivatives markets, and bank prudential regulation. The Act also included a controversial provision known as the Volcker Rule, which prohibited depository banks – with certain limited exceptions – from engaging in proprietary trading or owning and sponsoring private equity or hedge funds.

Basel III established guidelines for bank capital requirements and local banking authorities in most jurisdictions adopted regulations implementing these standards. The goal was to ensure that banks would have adequate capital reserves to remain solvent during market downturns.

Stress testing regimes were also widely adopted. Banks that meet certain thresholds and are overseen by the US Federal Reserve (Fed) and the UK Bank of England, for example, undergo annual stress tests, while in Europe, the European Banking Authority (EBA) conducts annual stress testing of a sample of European Union banks.

Stress tests are simulations designed to see how well a bank would perform under varying conditions of economic stress. By conducting such tests, regulators hope to ensure that banks are better prepared for major financial downturns.

The coronavirus crisis, with its far-reaching financial market and economic impact, is imposing a sharp and painful real-life stress test on the financial system. In the US, for example, the scale of the economic shock has been unprecedented. Since the coronavirus lockdown began, for example, over 22 million Americans filed for unemployment – more than during the entire recession of 2008/9. 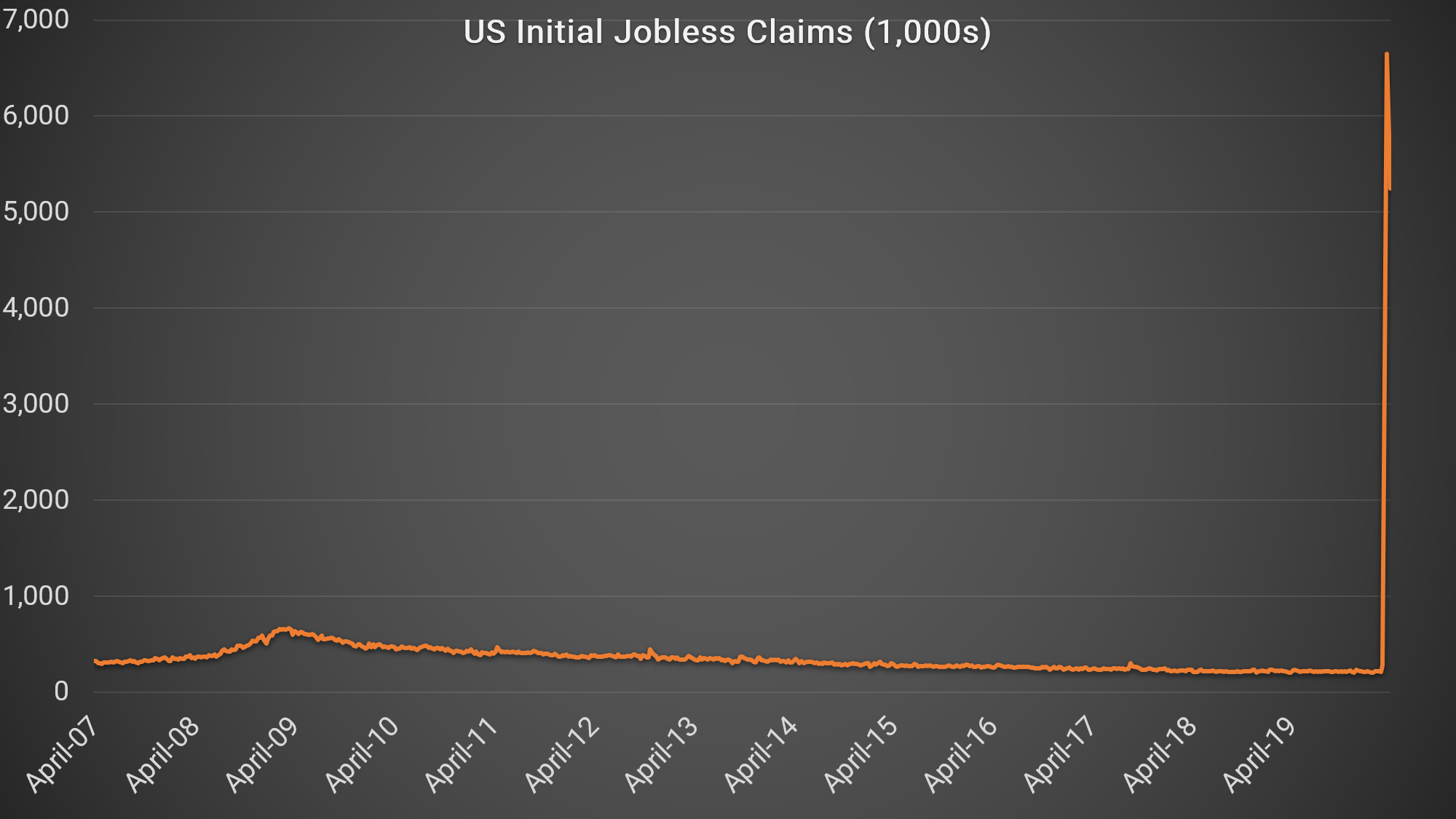 Economists are projecting extremely painful economic contractions for the world’s leading economies. Goldman Sachs predicts that the US economy will shrink by over 6% in 2020 – compared to a 4% contraction between the end of 2007 and the middle of 2009 – while forecasters anticipate that Germany’s economy will shrink by 10% in the first quarter of 2020, and France’s by 6%.

Yet so far, despite the unprecedented economic gloom, banks have proven relatively resilient. Many analysts believe that banks’ improved capitalization levels will help them weather these tough conditions. Although job losses and business closures will inevitably lead to rising credit defaults, many observers are optimistic about banks’ resilience.

Some, however, have cautioned that things may not be as rosy as they seem. In the last three years, under US President Donald Trump, there have been a number of successful efforts to roll back the provisions of the Dodd-Frank Act and ease bank regulations. The Fed’s annual stress tests have also been criticized as too mild, especially in the face of the current reality. Banks, critics warn, may be far less prepared than they appear.

As the crisis continues and the economic toll mounts, all eyes will be on the banking system as market participants hope that the regulatory efforts of the last decade will be enough to see it safely through the downturn.

Intuition Know-How has a number of tutorials that are relevant to bank regulation and other topics discussed above: