Once hailed as “the world’s most important number, the London Interbank Offered Rate (LIBOR) will – barring the unforeseen – be discontinued at the end of 2021. At that point, new financial contracts will reference the relevant ARRs, such as the Secured Overnight Financing Rate (SOFR) in the US (see table below for details). Most of the ARRs are risk-free rates based on transaction data from highly liquid overnight markets, making them more robust and less vulnerable to manipulation than LIBOR. 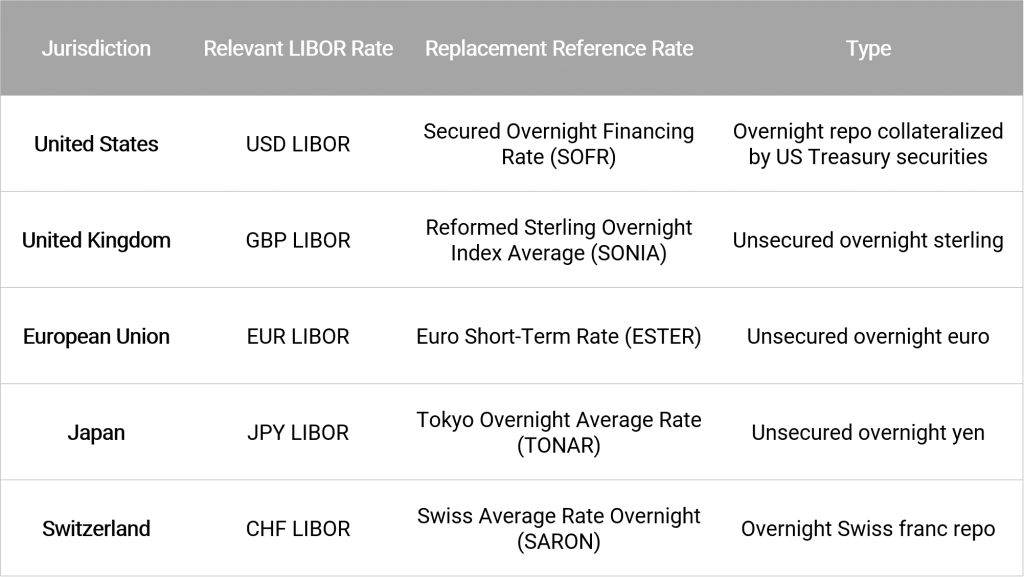 On the face of it, this sounds simple enough. Unfortunately, however, there are some significant complexities involved in the transition away from LIBOR.

Roadblocks on the way to a post-LIBOR world

Hundreds of trillions of dollars of existing contracts reference LIBOR. The parties to these contracts must all agree on a strategy for transitioning to new reference rates. Global organizations such as the International Swaps and Derivatives Association (ISDA) have developed standard language for insertion in contracts, but the process is slow and there are many unanswered questions outstanding.

Among those, a major issue relates to forward-looking term rates. Many loan contracts, for example, have historically used forward-looking LIBOR rates to determine future payouts. The ARRs, as noted, are generally backward-looking overnight rates (calculated the morning after the day on which the transactions occurred). As such, they are a poor fit for the needs of many types of financial contract.

The regulatory bodies overseeing the LIBOR transition have proposed various alternatives to overcome this limitation. In the US, for example, the Alternative Reference Rates Committee’s (ARRC) suggestions include: 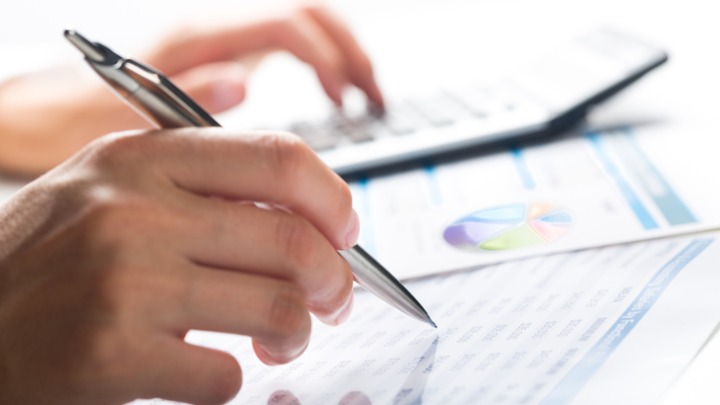 While these solutions may work for many financial products, for instruments where issuers need visibility on their payment amounts, like floating rate bonds and bilateral business loans, forward-looking term rates are recommended.

In some markets, progress has been swift. In the UK, for example, a forward-looking SONIA term rate will soon be available in a beta form. In the US, however, the development of a term SOFR rate has been hampered by low SOFR swap volumes.

While the volumes in the overnight Treasury repo market that underlies the daily SOFR rates are high, SOFR-linked derivatives volumes have grown more slowly than anticipated. According to ISDA, just $253 billion notional of SOFR swaps traded in the first half of 2020 – accounting for less than 1% of the $36 trillion in dollar LIBOR swaps traded during the period. In contrast, ISDA reports that SONIA swaps traded some $8 trillion notional in the first quarter of 2020. The relatively slow development of the SOFR swap market has made the task of developing a SOFR term rate – which the ARRC expects to incorporate data from the swaps market – a challenge.

Despite this, data providers hope to have their SOFR term rates available in the first half of 2021. Many are anticipating a surge in SOFR-linked derivatives volumes in the fourth quarter – LCH and CME are scheduled to switch to SOFR discounting for future cash flows on cleared US dollar swaps in mid-October, and it is hoped this will boost trading. Should this surge materialize, providers will be able to create robust term rates by early next year.

While optimists hope that a SOFR term rate will be available well ahead of the LIBOR deadline, some officials at the ARRC have urged market participants not to pin their hopes on a term rate but instead to use SOFR compounded in arrears. For contracts where this approach is unsuitable, however, the development of a SOFR term rate is becoming ever more urgent.

Intuition Know-How has a number of tutorials that are relevant to swaps and benchmark rates: