Skip to content
Burned by GameStop: Lessons for Low-Cost Trading Platforms From “GameStonk”

Burned by GameStop: Lessons for Low-Cost Trading Platforms From “GameStonk”

The rise and fall of GameStop dominated headlines in late January – an apparent David-and-Goliath story of small retail investors taking on hedge fund titans. As regulators and traders survey the fallout from the GameStop spike, however, a different story is emerging, with several villains and few clear winners. Among those unwillingly cast as the bad guys are the low-cost trading platforms that powered the retail trading that drove GameStock to heady heights, especially Robinhood. What lessons can today’s fee-free trading apps learn from the GameStop story?

For several weeks in late January and early February, a humble, old-school, brick-and-mortar game retailer called GameStop (GME) captured the Internet’s imagination as its share price headed “to the moon” – before crashing painfully back to earth.

The GameStop story holds many lessons for financial market players, including small investors, regulators, and institutional investors. But perhaps the most important lessons are for the low-cost trading platforms that helped to power GME’s rise and fall.

Short-selling or shorting is a strategy that allows traders to bet against a stock – instead of profiting from a stock’s rise, they position themselves to profit from its fall.

Essentially, shorting is the inverse of normal trading. Traditionally, investors buy a share at a certain price on the assumption that, in the future, they can sell it for a higher price. Shorting reverses this process.

A short begins with a trader borrowing shares of a stock that they believe will fall in value by a certain date. The trader immediately sells the borrowed shares to someone who pays the current market price.

The trader is betting that, before the borrowed shares must be returned, the price will fall. The trader can then purchase shares at the lower price and return them to the lender – pocketing the difference between the price obtained from initially selling the shares and the price later paid for them.

It’s hard to pinpoint the start of the GameStop saga – the Reddit board r/WallStreetBets had been bubbling with pro-GME posts for six or so months before its late January run. Some observers identify an hour-long YouTube analysis of the stock by Redditor DeepF—ingValue – also known as Roaring Kitty on YouTube and Keith Gill, former financial marketing professional and CFA-holder, in the real world – as ground zero for the surge.

At any rate, thanks to public disclosures, Redditors on the r/WallStreetBets forum were aware that many hedge funds held short positions in GME and were swayed by arguments from Gill and others that the stock was unfairly undervalued. They began a concerted GME buying campaign, sending the price skyrocketing.

GME is an illiquid stock, meaning that it can be hard to find buyers and sellers, and because many hedge funds held short positions in the market, there was a pool of “forced buyers” facing unlimited losses if the price kept rising. This meant that the retail buyers’ actions had an exceptional impact on the share price, which rose over 1,900% between January 4 and January 27. 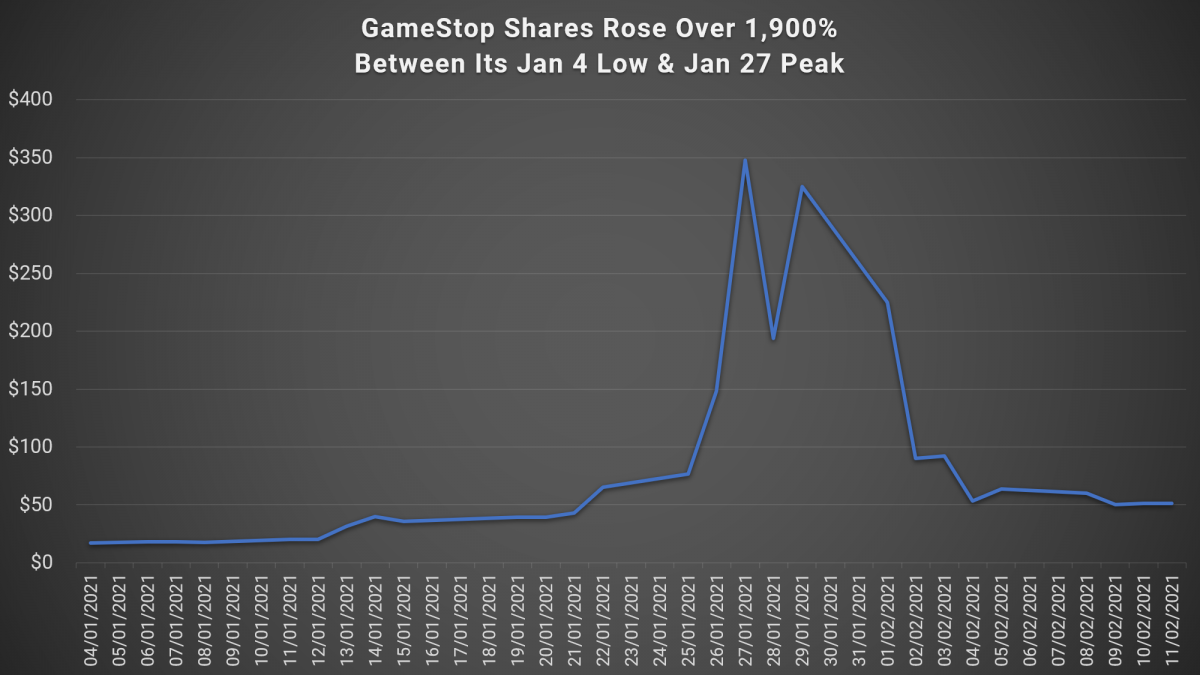 The squeeze hit short sellers hard. Melvin Capital, a New York-based hedge fund, reportedly saw over half of its $13-billion fund wiped out by the spike in GME and a handful of other “meme” stocks – GME wasn’t the only target for a day trading frenzy this year, just the most prominent. Regulators and stock market commentators expressed a range of concerns as the blood hit the water.

As the price rose, clearinghouses increased their capital requirements for brokerage firms, and some retail platforms – notably Robinhood – restricted trading in GME, causing the price to slump and angering small investors and lawmakers. Once trading resumed, GME rebounded before gravity reasserted itself and the stock plunged back down to its mid-January levels – albeit still up around 200% since its early-January low.

In the aftermath of these events, some observers have pointed out that much of the trading in GME appears to have been driven by institutional, rather than retail, investors – likely other hedge funds chasing a short squeeze when they saw the price start to tick up. Many small investors, therefore, lost huge sums on leveraged GME bets with institutions on the other side of the trade, adding further fuel to regulatory concerns. The longer-term consequences of the GameStop spike – or, to quote Tesla CEO Elon Musk’s influential tweet on the matter, “GameStonk!!” – are as yet unknown. However, given the huge losses incurred, we can expect lawmakers, investors, and brokerages to draw some important lessons. 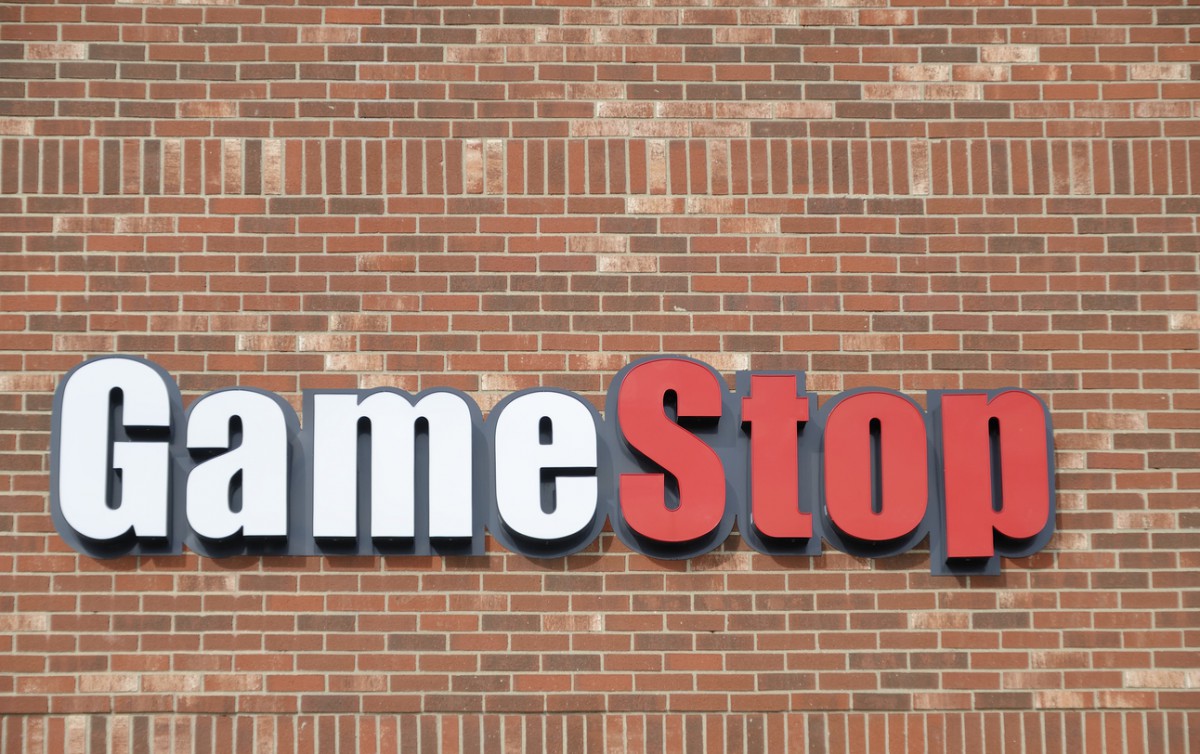 Few players in the GameStop story have come in for more criticism than the low-cost trading platforms that powered retail trade in the stock – particularly US trading app Robinhood.

The role of Robinhood in the story is complex.

The app is very closely associated with r/WallStreetBets – users frequently post screenshots of their bright-green Robinhood accounts, discuss the platform’s advantages and benefits, and lionize its founders. Although we do not know which platforms accounted for most of the GME trades during the spike, Robinhood seems to have been at the heart of the action.

Robinhood’s popularity is largely due to its “no fee” model – users can trade without paying any trading fees at the point of purchase. Robinhood’s zero-fee approach has proven so popular that it has forced other retail brokers to follow suit and fee-free trading is now widely available. However, as a first-mover with a loyal fanbase, Robinhood has held on to a large chunk of the retail market, especially among young investors. In addition to free stock trading, the app also gives premium users access to leverage and allows all users to engage in fee-free options trading.

As it doesn’t charge fees, Robinhood generates revenues by other means. It is a private company, so the full details of its financials are unknown. However, it is clear that the app derives a significant portion of its revenues from payments for order flow (PFOF). Essentially, PFOF means that Robinhood receives payments from another firm for routing its clients’ trades through that firm. Specifically, Robinhood sends its users’ orders to companies like Citadel Securities, an equity market-maker that pays Robinhood for each order it receives. Robinhood gets a small fee and, in return, Citadel Securities gets valuable information about supply and demand for different shares, which it can use in its own quantitative high frequency trading (HFT) strategies. 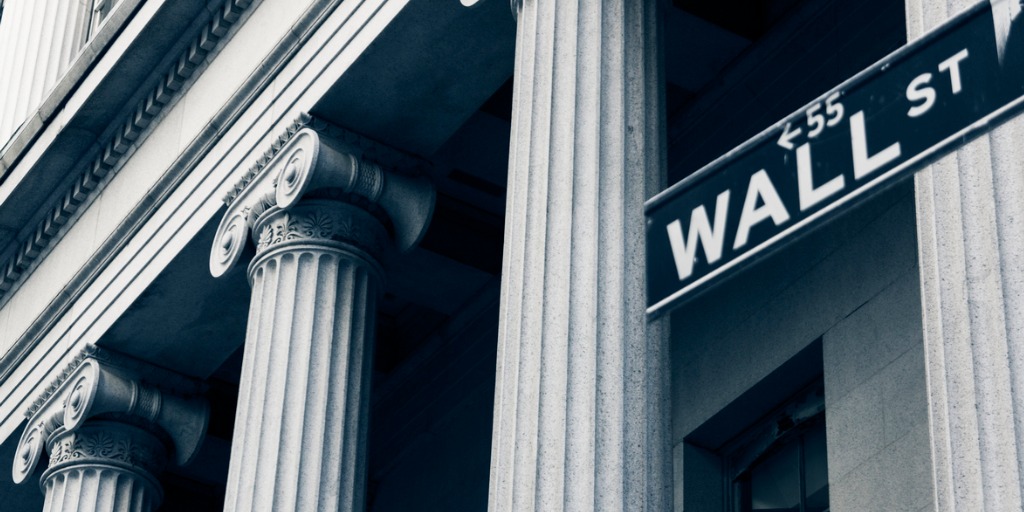 The fact that Robinhood relies on PFOF from Citadel Securities – although it also works with other market-makers, Robinhood routes more than half its trades through that firm – is one reason the company has come under fire. Some users allege that Robinhood’s cozy relationship with big financial players like Citadel Securities – which is owned by Chicago billionaire Ken Griffin, who also owns a hedge fund called Citadel – lies behind its decision to suspend trading in GME.

On January 28, the day after the initial GME price spike, Robinhood froze its users’ ability to purchase – but not to sell – GameStop shares. This appeared to put downward pressure on prices (see stock price chart above) and, presumably, gave squeezed hedge fund shorts some breathing room to tidy up their positions.

Robinhood allowed trading to resume, with restrictions, on January 29, telling users that it had been forced to suspend stock purchases due to new capital requirements imposed by its clearinghouse. However, some users – and some lawmakers – are unconvinced. Dozens of customers have filed lawsuits against Robinhood, Citadel, and others for alleged losses incurred due to the trading freeze. Lawmakers have also started to raise questions about where Robinhood’s loyalties lie, summoning CEO Vladimir Tenev to appear before Congress to explain what happened.

Robinhood is also facing other legal troubles related to its provision of leverage. Although its leverage policies have since changed, in 2019 the app got into trouble for providing retail investors with significant leverage which, in some cases, led them into severe financial difficulties and even suicide.

All of this poses various risks for the platform. First, and perhaps most worryingly, it may shed users. It’s easy to sign up to Robinhood, and equally easy to walk away. Today’s retail traders can effortlessly switch to any number of fee-free competitors – and after Robinhood’s perceived failings, they may well do so. If r/WallStreetBets turns against it, Robinhood could pay a heavy price.

Second, the PFOF model that Robinhood relies on may come under greater scrutiny. Financial experts are divided on the practice, which makes trading cheaper and more accessible but runs the risk of exposing retail users to predatory trading strategies by companies that use their trading data against them. Already, high-ranking Congressional Democrats are expressing serious concerns about PFOF and hearings are undoubtedly on the way.

The GameStop story has laid bare a new trading ecology featuring rambunctious chat groups, huge bets by leveraged teenagers, #lossporn, and frothy social media commentary – all underpinned and, perhaps, exploited by large, professional financial players. As lawmakers unpick the events, regulations and practices may change, users may migrate, and platforms may evolve. But one thing is certain: After GameStonk, nothing will ever be quite the same.

Intuition Know-How has a number of tutorials that are relevant to stock trading, short-selling, and other aspects of the GameStop saga: