Skip to content
Gamestop, Wall St Bets and Robinhood – What Happened And Why? 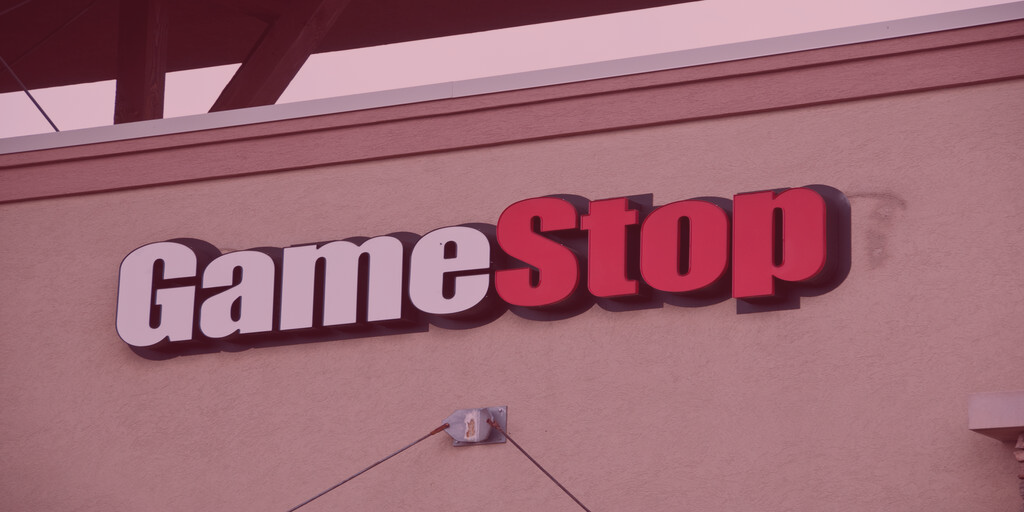 Gamestop, Wall St Bets And Robinhood – What Happened And Why?

In January we had a curious situation involving Gamestop stock. The underlying stock GME, was on the face of it unlikely to be the center of such a wild move. GME is a bricks and mortar retail video and games store, also selling collectibles. It was struggling to survive in an increasingly digital environment and with performance struggling even more during the pandemic.

Wall Street bets is the fastest growing Reddit forum, with over 600k new subscribers. It started as a chatroom for market professionals to shoot the breeze about the markets. Over time though it had morphed into a forum for novice investors to use, where influencers would put their ideas on the forum, and investors would react looking for quick money. Younger generations are not as comfortable relying on traditional investment advice and are maybe more at ease relying on the new ‘word of mouth’ – the social media influencers. They were further driven by the troubled times of the pandemic and perhaps the time was ripe for a herd mentality amongst new age social media influenced investors.

WSB’s most famous news thread on Reddit was Gamestop. On the forum 1 year ago a user called Deep F, starting with only 55k capital, took positions in long dated out of the money call options on GME. And  then posted this option play; long call options for GME with stock @ $4.58 saying stock worth more than $8, no specific news started this and volume initially was small. 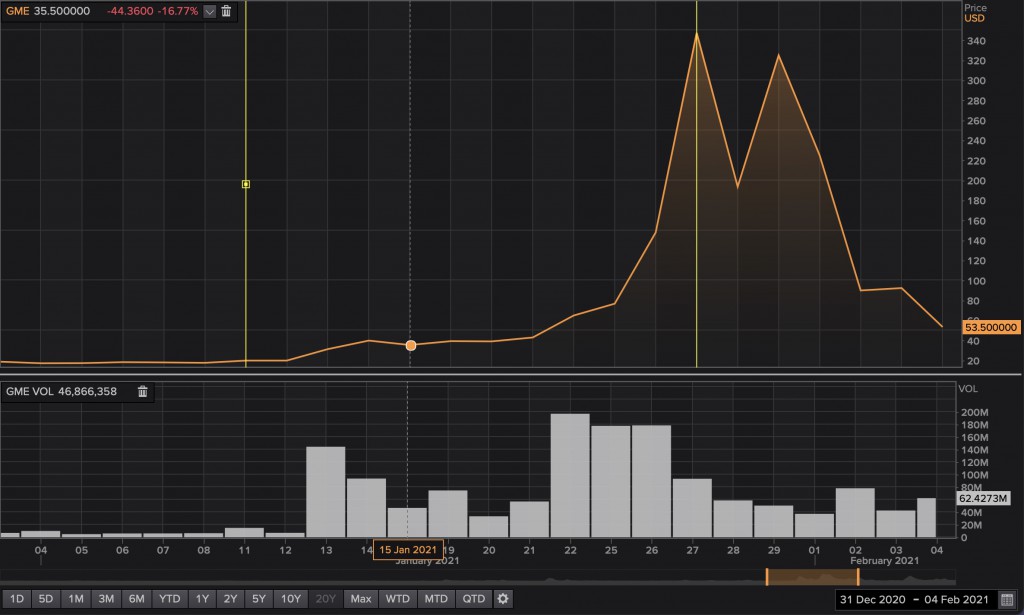 They continued to regularly post their options play on WSB chatroom. The stock was still$4 in Aug2020 but slowly rose to about $20. On 11jan2021 GME appointed 3 known ecommerce veterans to increase digital sales and to try to be competitive and the stock started to rise more. Deep F options play was now worth $3.2m and still being posted on WSB’s who now had 2m subscribers who had seen a year of monthly updates of the options play and its growing profit. Retail traders bought GME on back of WSB chatroom, especially after the news on 11jan and two days later GME price started to spike. On Jan 26th GME reached $340.

Some Mkt players, mainly hedge funds, were speculating and shorting GME based on fundamentals and borrowing the stock. Rumors that short squeeze might occur were posted on WSB as short positions grew bigger than the total amount of stocks in existence. This is a red flag if anything ever is. As stocks were pushed higher, ostensibly by retail investors , the capacity to borrow GME stock evaporated with demand larger than existing stock. Shorts increasingly had to buy back short positions they had previously borrowed and they were squeezed out as GME spiked alarmingly to unrealistic valuation levels (GME company business was still struggling). Currently there are no regulations to stop total naked shorts size of a stock from being in excess of underlying available stock. At this time GME, not a large company had the highest short interest of any stock North American.

Some hedge funds lost for sure but some market players also benefited. Another part of this was the execution platform, Robinhood which services retail investors and is very popular. It doesn’t execute directly itself on the exchanges but sends retails orders, often grouped together, to market makers for execution. The interesting thing was at the height of the GME spike on 28th Jan, RH restricted the access of retail to buy any GME stock. Also at this stage one firm Citadel, who gets a large share of RH order flow, stepped in to bail out a couple of hedge funds in trouble from being short in the GME squeeze and increased their holdings in the hedge funds.

Companies managing order flow obviously see the flow coming and can act accordingly. This is and has always been valuable information and this is why market makers will compensate companies for order flow. This seems to be the way that RH can offer ‘commission free’ execution to retail users.

So on Jan 28 RH restricted buying GME stock for its retail clients, but hedge funds and other major players could still trade freely. So in this way the capacity to push the squeeze further was hindered. RH CEO, (named by some now as Vlad the stock Impaler) claimed RH had no choice but to stop buying orders as the value of orders driven by WSB’s influence increased so much that clearing house margin demands spiked to $3b, 10x normal. The Value of orders was too large and RH could not fund the margin requirement. He said there was no influence from HF’s and order managers like Citadel, it was purely a margin funding issue. If RH had been more sophisticated/experienced/willing they could have managed this or they could have increased margin requirement up front for any new buy orders. But they chose to suspend buy access to their clients and allowed position closing only, ie selling. The clearing house margin requirement of $3b was quickly reduced to $700m by the end of the day, aided by the sharp correction in GME stock.

1 – Retail investors influence has dramatically increased because of power of social media to spread influencers views – retail has become a more serious and easily focused force of change.

3. RH and execution platforms orders are NEVER FREE – not in reality. Newer platforms likely have less experience particularly in managing stressed situations. They make money off order flow – either through execution spread, execution timing or payment for order books; in the end it comes out of your overall execution price, execution timing or from real level of order service. The question is should they be allowed to claim free execution when the client always pays even if not visible?

Get in touch with your Intuition account manager at asiainfo@intuition.com for more details.