Global Warming and Climate Change – The Impact of the Real Economy

This article is taken from a discussion held between Intuition and three industry leaders on the area of climate change in the world of finance.

In this part of the discussion, Thomas Verhagen, co-founder of WeESG, Clarisse Simonek, a Sustainable Finance Strategy Advisor, and Paul Fisher, a former Bank of England Executive Director, EU High Level Expert Group and UK Green Finance Task Force member, discuss the future of sustainable finance regulation and why the real economy is the most important factor in creating real change.

Paul, what does the future hold for financial regulation and sustainability? And is there an active debate in terms of stress testing for biodiversity risk and fragility coming from those Earth systems?

I think we are quite a long way from that. Then, five years ago, I would have said the same in relation to climate. Now we’ve plenty of climate regulation coming through, but I do still think we are well behind.

I think the sustainable finance topic is about all of the united nations sustainable development goals, not just climate. Climate is simply forging a way through and other topics will follow in its path. For example, we’re already seeing things like sustainability bonds being issued.

Of course, finance plays an important role, but finance can’t trigger those changes on its own. It’s a self-supported mechanism that it helps and sometimes it can occasionally drive change, but getting the finance system in the right place doesn’t achieve anything if the real economy hasn’t moved as well, because you can always get finance from another source.

We do need to pay a lot of attention to the real economy. As that understanding grows of what’s causing biodiversity loss and how to stop it, then you can bring the financial sector into play. There is work already going on at Cambridge amongst other places around biodiversity.

At the moment, I would say climate is the most important thing, because if we lose the race to mitigate climate risk, I think all the other elements are lost. You’re not going to protect biodiversity if you lose the climate race.

The other way around, it’s a bit less certain, but I think biodiversity comes in at quite a close second. We could be creating conditions which will be terrible for the human race if we continue with biodiversity loss.

Some of the other more social things will have to follow in the wake of climate change and biodiversity, because they’re not existential in quite the same way.

Thanks Paul. Both the loss of biodiversity as well as changes in the climate are very much natural science-based topics.

Clarisse, what can we see in the future in terms of corporate social responsibility? Often seen as something less fundamental than this move to mitigating climate change, or even going for and being aligned with science. What do you think we will see in the future?

I think what we’re seeing, and what we’ll see increasingly over the next few years is a fast track of standardization on what impact means.

What I mean by this is what the impact of climate is for companies and portfolios and the knock-on effect on the real economy.

One of the points I thought was interesting Paul mentioned is the financial industry can’t take on the real world. It needs the real world to change as well.

I think one of the things we have seen rising in the last year is the role that asset owners, and perhaps even those that are lending capital, play in engaging and reminding the companies they are providing capital to that this transition does need to happen.

I believe it’s going to be an interesting and powerful mix of where do I divest versus where do I engage.

Overall, where capital is allocated needs to be considered, because that is the best way to influence a company. 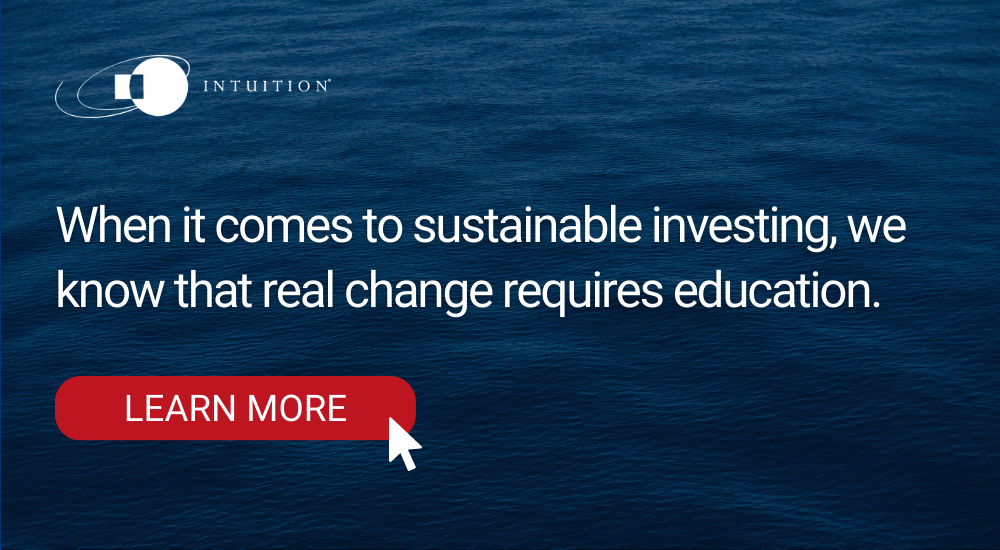