Skip to content
Governments Are Borrowing At Record Rates, But Yields Remain Low (For Now)

Governments Are Borrowing At Record Rates, But Yields Remain Low (For Now)

According to the IMF, budget deficits in advanced economies will surge to over 10% of GDP in 2020 and total government debt will approach 100% of GDP – or higher, in some countries – as governments borrow to cover their spending. Although deficits and total debt remain lower – as a proportion of GDP – in emerging and low-income countries, those nations are also experiencing a spike in debt this year as governments issue a flood of new bonds. 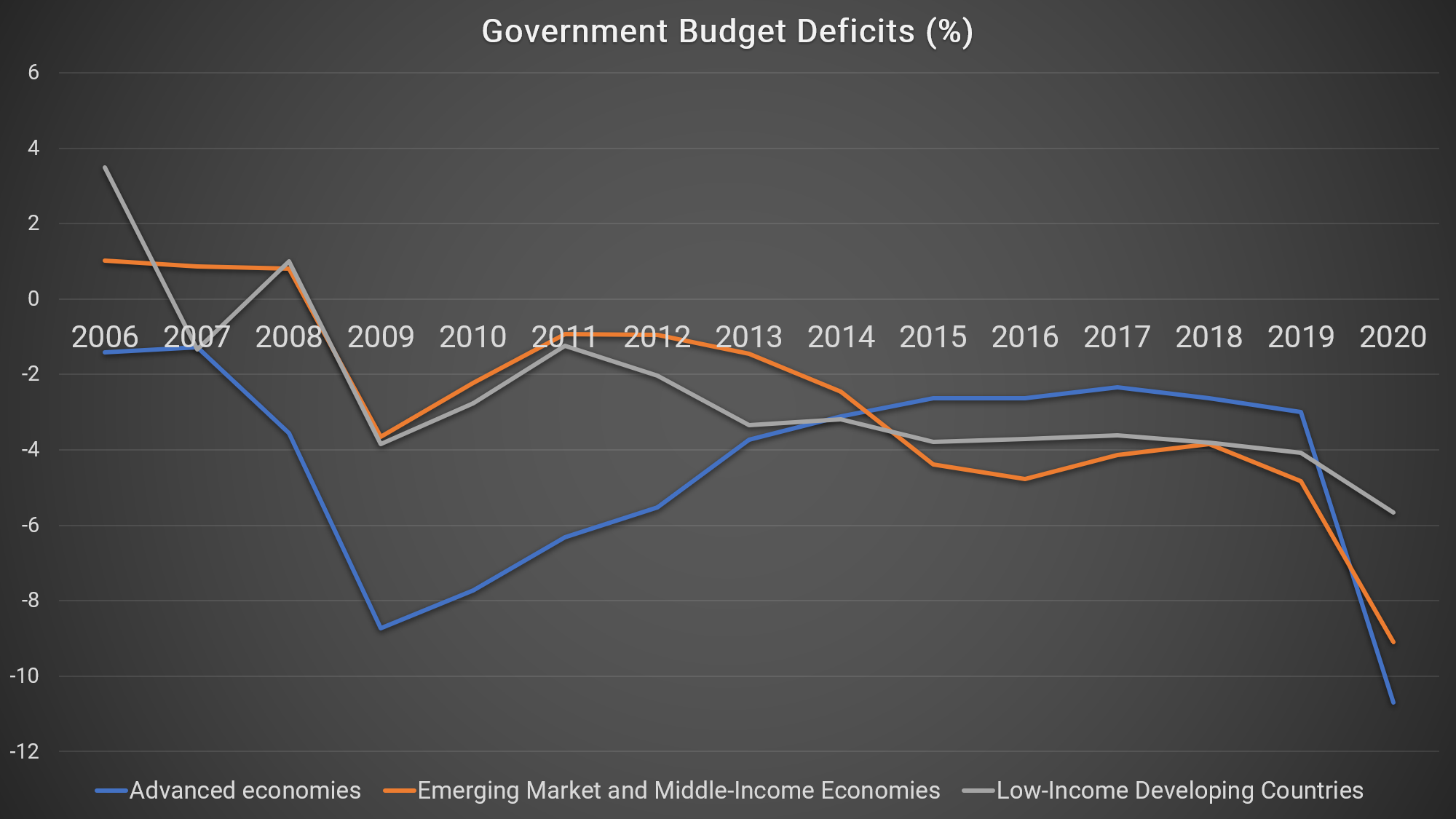 The leap in borrowing is being driven by the economic disruptions caused by the coronavirus pandemic. As countries worldwide grapple with the fallout of the virus and the lockdowns implemented to slow its spread, most are spending large sums to try and shore up their battered economies and protect workers and businesses from disaster. At the same time, government revenues collection has declined in step with economic activity, forcing a marked increase in borrowing. 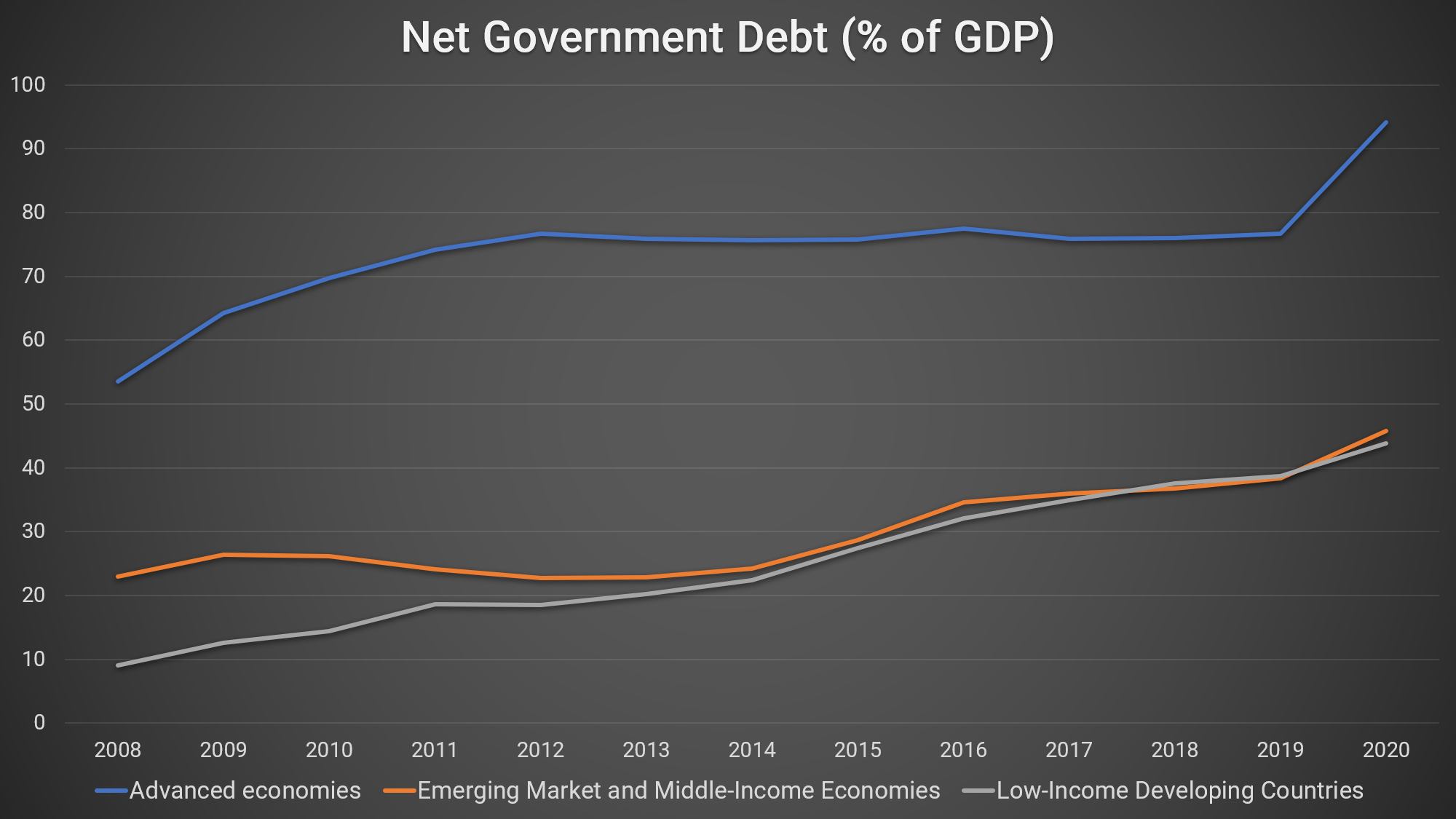 While most economists agree that massive fiscal stimulus is needed to combat the coronavirus-induced downturn, concern is growing about the rapidly accumulating government debt pile. However, with government bond yields seemingly stuck at rock-bottom levels, some observers argue that record borrowing is no cause for alarm.

In wealthy countries, borrowing has accelerated sharply, and many large economies will see their total borrowings exceed 100% of GDP this year. 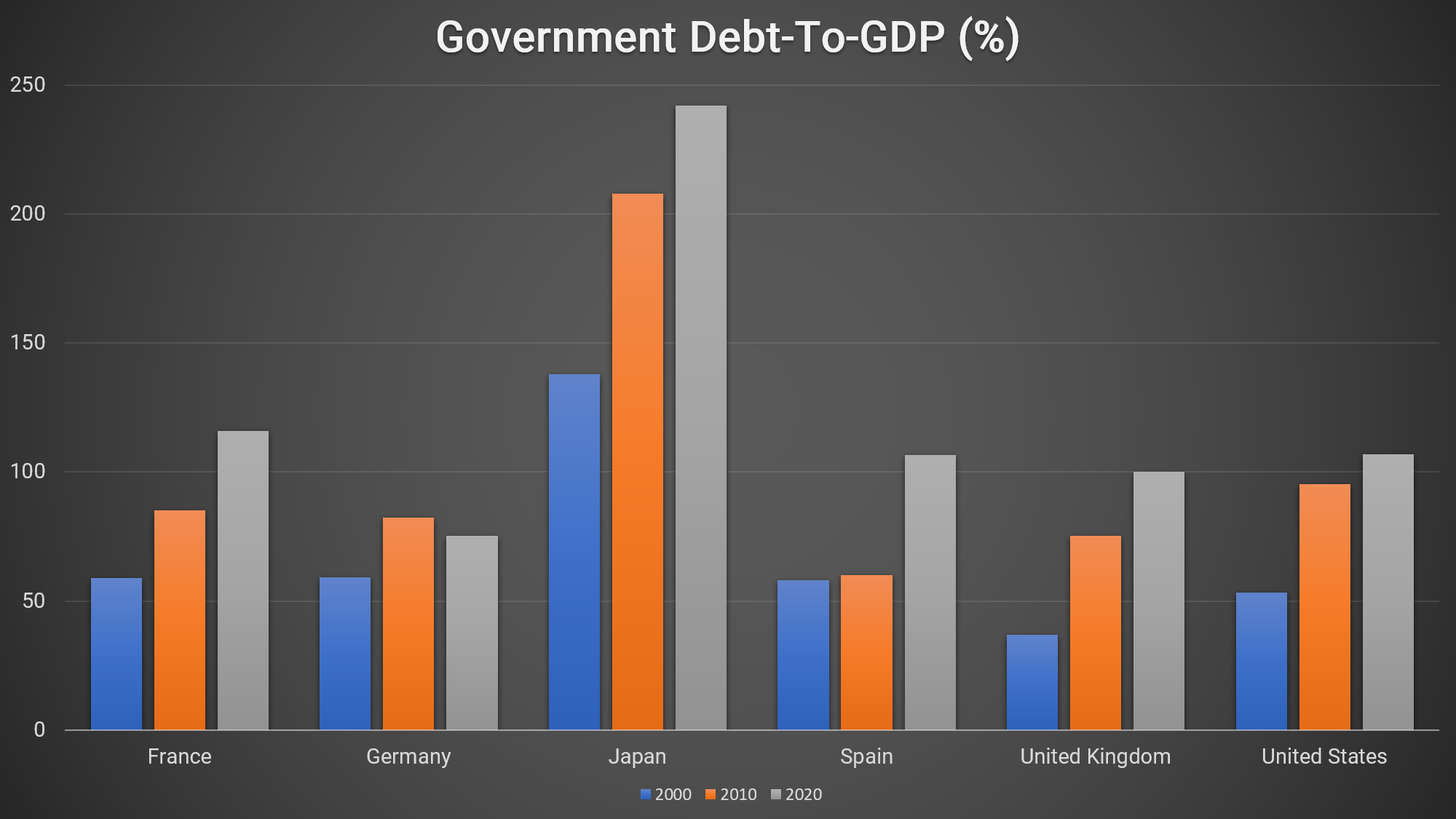 Yet despite this, yields on these countries’ long-dated government bonds have generally declined or remained flat over the last twelve months. 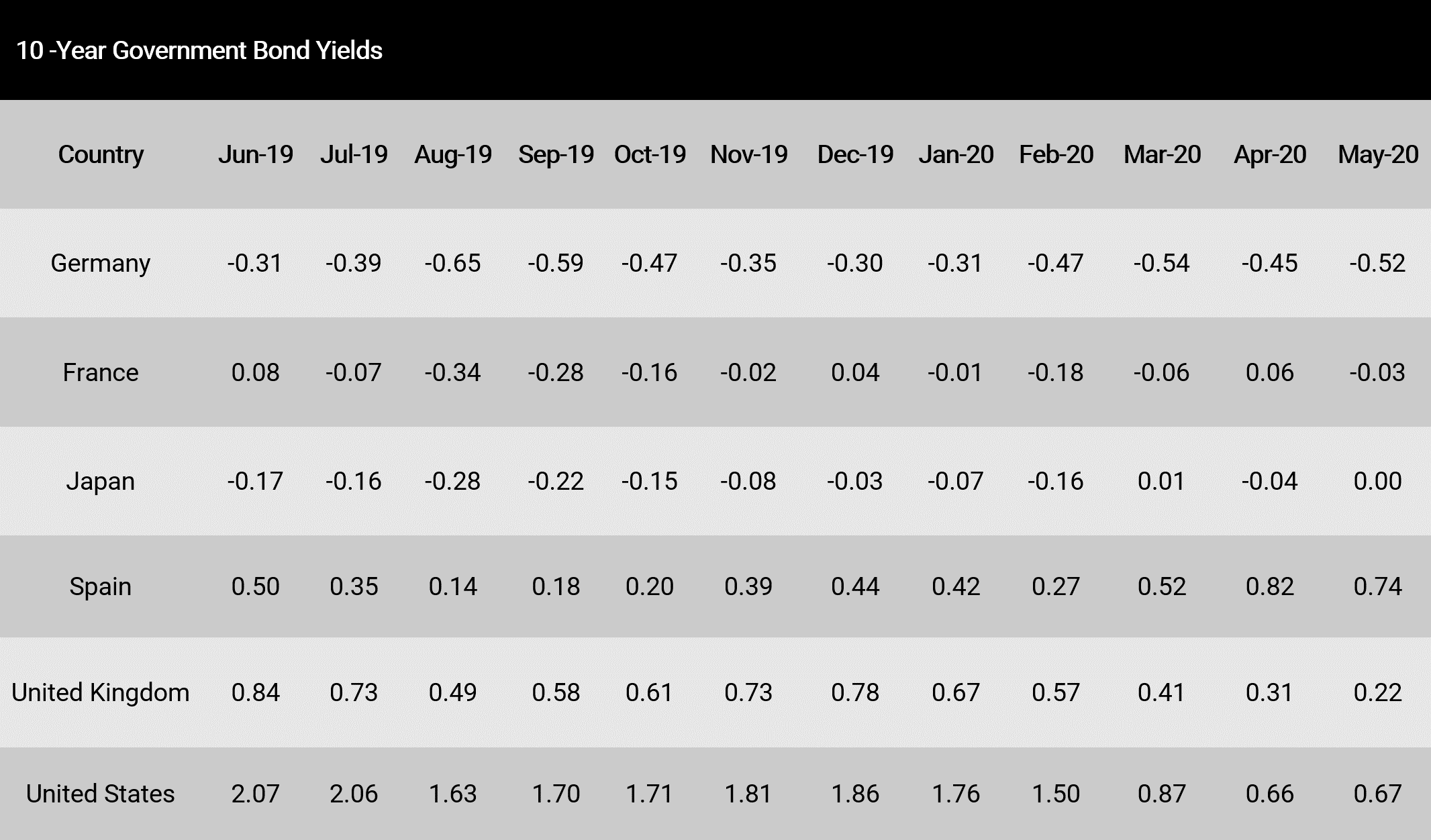 Usually, rising bond issuance forces down bond prices and raises yields. Yet in government bond markets this year, rising issuance has been associated – in many cases – with flat or falling yields. What accounts for this?

There are many factors that may explain persistently low yield on government bonds. Economic growth expectations are relatively muted, and few market participants expect inflation to rise in the short- to medium-term. This puts downward pressure on long-term interest rates. In addition, increased economic uncertainty has encouraged many investors to de-risk their portfolios. This has pushed many into defensive, safe-haven government bonds despite their low or negative yields.

Central bank actions are likely also playing a role in keeping yields low. Most global central banks have rolled out sizeable quantitative easing programs that have seen them purchase significant amounts of government bonds – even the European Central Bank (ECB) has eased its usually strict rules around buying European governments’ debt. Central bank purchases have put a floor on demand for government bonds that has helped to keep yields subdued.

Looking ahead, it is likely that government bond yields will remain subdued as market volatility and economic uncertainty persist and central banks continue to backstop bond issuance.

Intuition Know-How has a number of tutorials that are relevant to government bond markets and other topics discussed above. Click one of the links below to see the intro video for that tutorial.