Green Bonds Are Growing Fast – But There Are Challenges 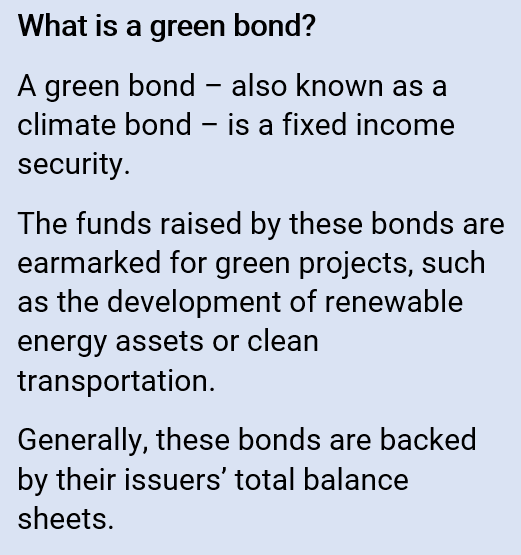 Since the launch of the first “green bond” in 2008, the climate-aligned bond market has grown to an estimated $1.45 trillion and the annual issuance of labeled green bonds exceeded $167 billion in 2018. Yet this rapid growth has come with rising risks. Increasingly, some large investors are warning about potential dangers in the green bond market. In particular, they have raised concerns about the so-called “greenium” – a premium that buyers or issuers may pay for costlier green bonds – and the relative shallowness of the green bond market.

Since then, the climate-aligned bond market, which includes not only instruments labeled as green bonds but also bonds from issuers that derive the bulk of their revenues from green business lines, has grown substantially. According to the Climate Bonds Initiative (CBI), in 2018, the annual issuance of green bonds alone hit $167.6 billion, up from less than $20 billion five years earlier. 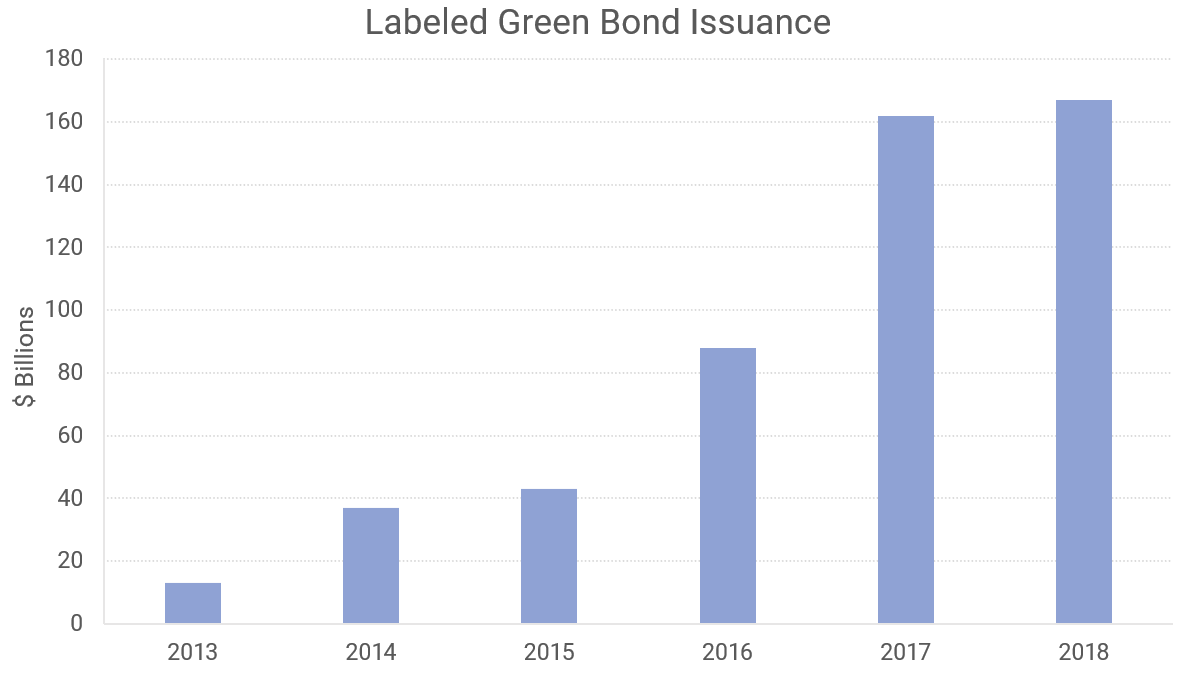 As issuance has risen, green bond issuers have become more diverse. Once, only supra-sovereigns such as the World Bank or the EIB issued green bonds, but today, a growing proportion of green bonds are issued by individual cities, national governments, and even corporations, such as Apple.

The explosive growth in green bonds has been driven, in large part, by the growth of socially responsible investing (SRI). SRI is an investment approach in which investors consider factors beyond financial performance. Specifically, SRI investors consider environmental, social, and governance (ESG) factors alongside financial metrics, seeking to invest in companies that not only perform well but also have a positive impact on the world. 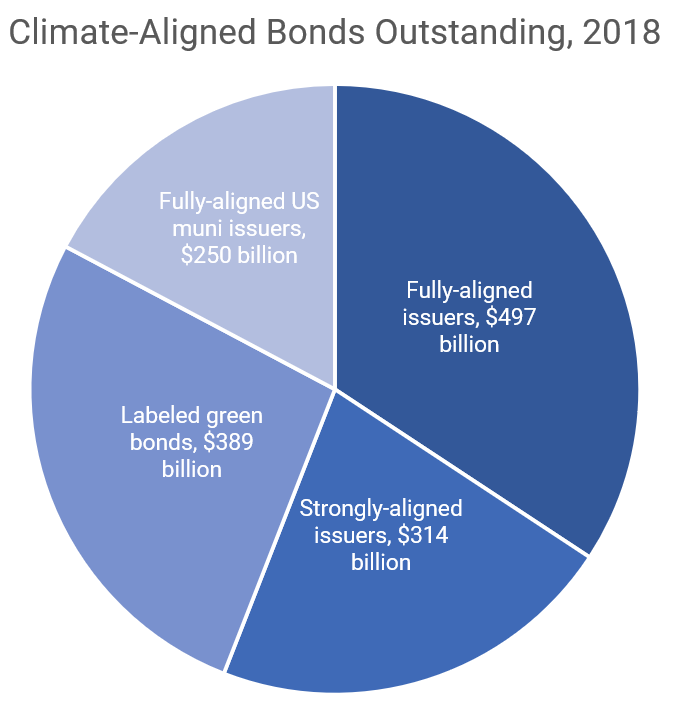 As the green bond market has grown, however, some investors have raised questions about its long-term sustainability. The chief investment officer of Japan’s Government Pension Investment Fund (GPIF) – the world’s largest pension fund – has described green bonds as a “passing fad.” According to the GPIF’s Hiro Mizuno, green bonds are unlikely to become mainstream investment products because of the costly and complex issuance process involved.

Conceptually, green bonds should have the same credit rating and coupons as their issuer’s other fixed income instruments, as they are backed by the same balance sheet. However, their issuance requires a significant amount of additional disclosure compared to traditional bonds.

This is because green bonds must demonstrate their “green” credentials – particularly if they want to be certified as “green bonds” under various protocols, such as the International Capital Market Association’s (IMCA) widely referenced Green Bond Principles. The process of demonstrating their environmental impact, which may involve periodic audits of their activities, imposes an additional cost on green bonds.

Green bonds are therefore more expensive to issue than traditional bonds. This, coupled with the fact that green bond issues are typically heavily oversubscribed by investors searching for sustainable investment options, has led some to anticipate the existence of a “greenium” – a premium on an issuer’s green bonds compared to their traditional ones.

However, as Bloomberg reports, there is little evidence of a consistent greenium in bond markets. Instead, green bonds typically trade on the same terms as an issuer’s traditional bonds. Thus, Mizuno questions the sustainability of green bonds, which cost more to issue but neither attract nor offer a premium.

A second concern, and one raised by several large institutional investors, is that there are relatively few green bonds issued each year. While issuance has grown rapidly, it still accounts for less than 1% of total global bond issuance. This means that the pool of green bonds is shallow, which has potentially negative implications for liquidity.

The green bond market is likely to continue to grow over the next decade. It promises to be an important source of capital for much-needed climate initiatives and a source of investment opportunities for SRI investors and funds. However, its growth creates potential challenges for both investors and bond issuers.

Intuition Know-How has a number of tutorials that are relevant to green investing and bond markets: