Skip to content
Greening The Grid Is Sustainability Step One – How Can It Be Done?

Greening The Grid Is Sustainability Step One – How Can It Be Done?

The decarbonization of the power grid is a core step in building a sustainable, climate-friendly economy. Indeed, US president Joe Biden has put having an emissions-free electricity sector by 2035 at the heart of his climate agenda. Emissions-free power is the foundation of further decarbonization by means of electric cars and so on. However, there are formidable roadblocks to achieving a zero-carbon electricity supply and only a handful of countries have made meaningful progress on achieving this goal. How can we transform our grids to support a sustainable future?

As the world grapples with climate change and the need to build sustainable, circular, and climate-positive economies, much attention has been given to electricity. Many experts see decarbonizing electricity or “greening the grid” as the first step along the road to carbon neutrality.

Second, an emissions-free grid would serve as a base for the greening of other industries. For example, transportation, which is another major global emitter (and the biggest CO₂ emitter in the US) could be made cleaner with a green grid. At present, electric vehicles do not achieve carbon neutrality because they rely on power generated from fossil fuels. A decarbonized grid, however, would mean that electric cars would become truly emissions-free.

Finally, electricity is a highly regulated sector with a relatively small number of major producers and distributors. This makes it easier to create and enforce rules for decarbonization.

Yet despite the many arguments in favor of electricity decarbonization, only a few countries have made real progress. 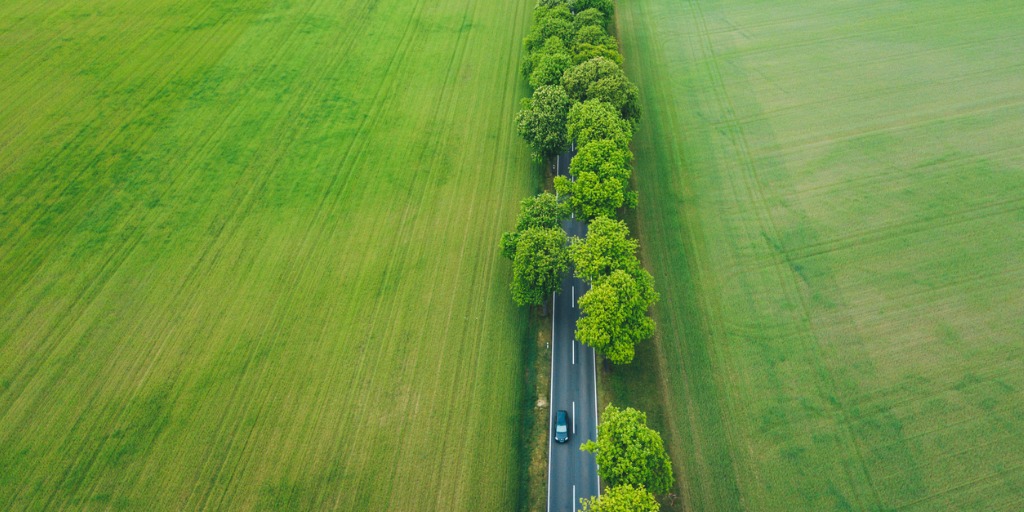 The UK is a rare carbon emissions success story thanks to the aggressive transformation of its power grid. Under successive governments, the UK has pursued decarbonization with unusual commitment – due, in part, to the fact that its traditionally free market oriented Tory party has been pro-decarbonization interventions, in contrast to conservative parties in places such as the US.

The UK has particularly embraced wind power and, in 2019, fully 37% of the country’s electricity generation came from renewable sources – 20% from wind alone. This is a much higher proportion than almost all other nations have achieved – although less than Iceland, which generates almost 100% of its power from renewable hydro and geothermal sources – and has helped to drive the UK energy sector’s CO₂ emissions down by over 60% since 1990. This in turn has helped the country decrease its total CO₂ emissions by 45% over the last 30 years. 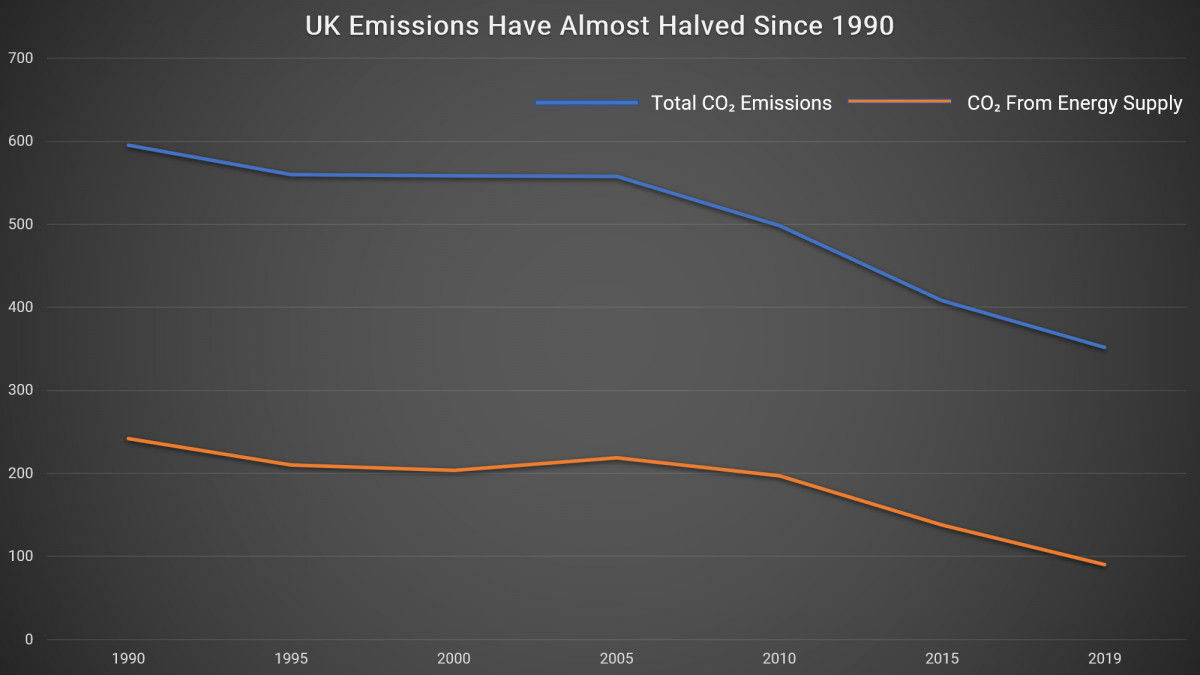 Sadly, few other countries have achieved similar levels of grid decarbonization, mainly due to a lack of political will, insufficient regulation, and technical barriers.

What is stopping greener grids?

In many nations – the US prominent among them, but also China and others – there has historically been a lack of political will to enact the sometimes-painful changes necessary to decarbonize the grid. This means that companies currently face few regulatory requirements or incentives to mothball coal-fired plants or adopt renewables. However, given recent changes in leadership in the US and statements from China, it is widely hoped that this will change in the future.

On the technical side, there are also constraints to a fully renewable grid. For a start, renewable energy is often less reliable than fossil fuel energy, and harder to scale up as needed. If the wind doesn’t blow, a wind farm will not generate power, and when electricity demand spikes, there is no way to squeeze additional power out of a set number of wind turbines. There are also other technical problems related to frequency recovery, energy balance, and resonance.

In theory, one way to help stabilize a renewables-based grid would be to save surplus power as it is produced for when demand spikes. However, solutions to this problem such as energy storage – essentially, battery technology, but also pumped hydro storage, compressed air, flywheel, vehicle-to-grid, and gravity storage – are not yet sufficiently developed.

Nevertheless, while technical barriers remain, it is possible to achieve significant decarbonization by adjusting the generation mix, as the UK example illustrates. As countries seek to achieve carbon neutrality over the next 20-30 years, investors may find significant opportunities in renewable energy. Indeed, many institutional investors are already turning to the sector – the UK’s largest workplace pension scheme, Nest, plans to invest GBP 1.4 billion (USD 1.9 billion) in green energy. Many other investors are likely to follow suit as the sector continues to grow.

Intuition Know-How has a number of tutorials that are relevant to sustainability, ESG, and responsible investing: