Around the world major economies are grappling with an extraordinary bout of inflation that has put to an end a disinflationary regime that lasted for 40 years.

The euro area hit a record 8.1% rate in May. The UK’s consumer price index (CPI) rose by 9% in April – a rate not seen since the early 1980s. The Japanese producer price index (PPI) rose to 10% year-on-year the same month. Germany’s Chamber of Industry and Commerce expects inflation to reach 7.7% in 2022 – double last year’s rate in this the most inflation-phobic of countries. 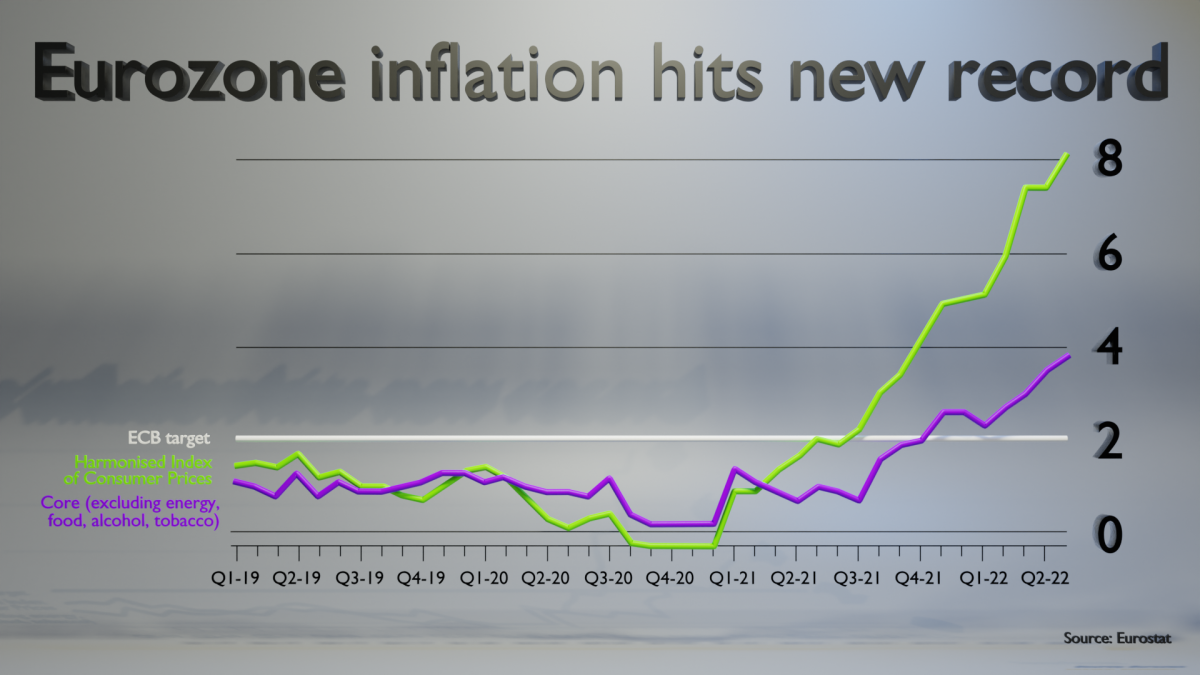 The critical question is whether current inflation rates are temporary or whether they are of a structural nature. Indications are that initial optimism is giving way to a realization that an extraordinary disinflationary era has come to an end. At the very least, senior officials – most notably US treasury Secretary Janet Yellen – are now admitting that belief that the inflation spike of 2021 would prove temporary was incorrect.

The response to the onset of COVID-19 was a massive level of fiscal support which propelled a strong post-COVID recovery. A surge in demand for goods at a time when lockdowns were suppressing international trade, in tandem with scarce raw materials and increased energy prices, meant that elevated producer prices soon worked their way into consumer price inflation. According to International Monetary Fund (IMF) data, world consumer inflation reached 7.5% in December 2021. 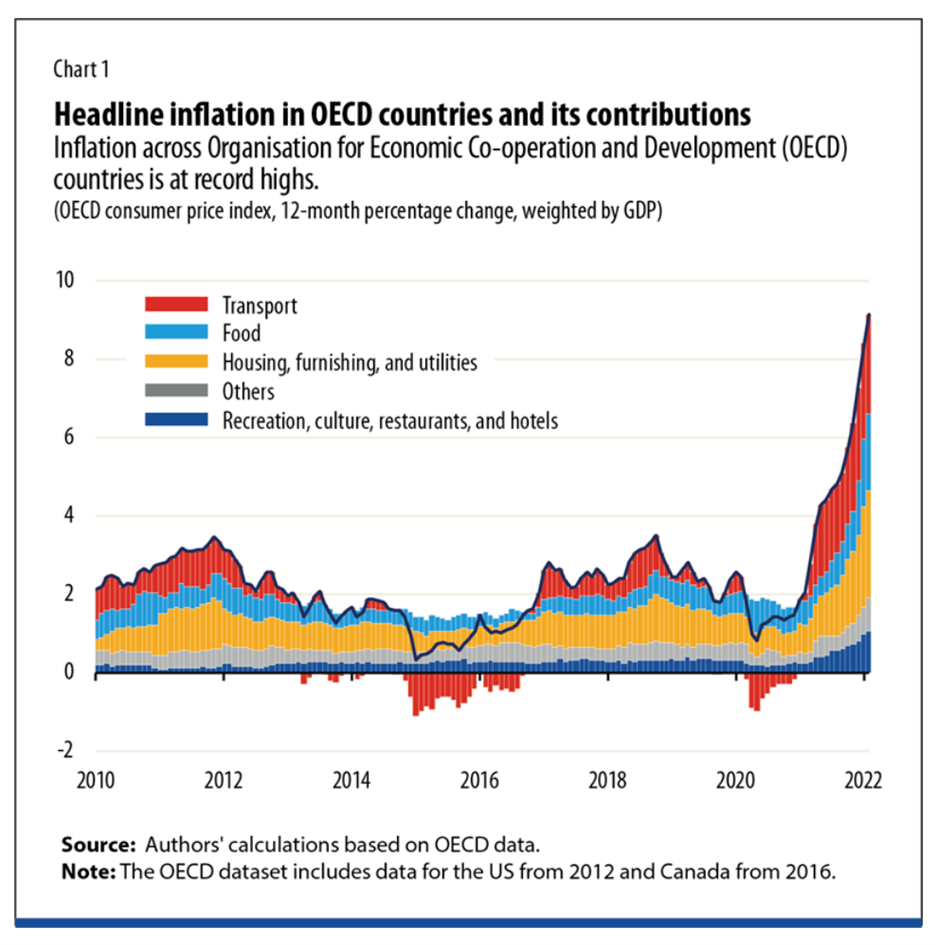 Were these considered temporary phenomena then the global economy could take some comfort, but the impact of the war in Ukraine has exacerbated the problem, and this alone makes any visibility as to a possible end of the current inflation wave difficult to discern.

A de-escalation of the war in Ukraine would certainly help reverse the inflationary trend but there are sound reasons to believe that the current wave is more structural in nature. Commentators have identified five factors that support this thesis:

It has long been a tenet of economic theory that there is a direct link between long-term inflation and demography. This theory posits that a country with a large working age population relative to its non-working age grouping will have an abundant labor supply. This is something that will restrict wage growth and will therefore be disinflationary. In short, the larger the proportion of retirees – who tend to be pure consumers – the higher the rate of inflation.

The theory has been contradicted by the example of Japan, which is the ‘oldest’ major economy in the world (in 2020 some 28% of its population was over 65 years of age). Between 1980 and 2000, when its population of retirees rose rapidly, core inflation trended downward before turning into deflation. The explanation advanced for this was that the ‘younger’ old age cohort tends to push up inflation (but once the population gets over 75 years of age the effect is highly deflationary). 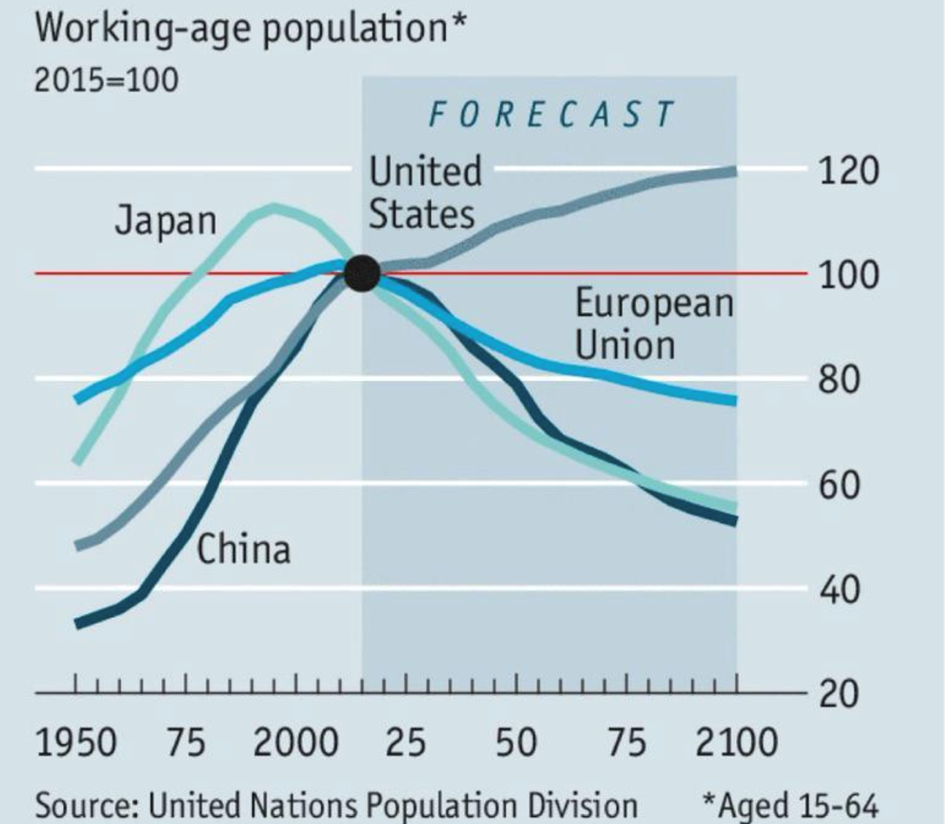 One of the biggest factors in keeping inflation low in recent decades has been the entry from China of more than 600 million low-cost workers into the global workforce since 1990. The effect of this on inflation in the western world has been significant in two areas: cheaper consumer goods and suppressed wage growth for blue-collar workers.

Meanwhile, in most advanced economies, the generation of post-war ‘baby boomers’ has been reaching retirement age and are leaving the labor market. This has occurred at a time of falling birth rates, leading to reduced working age population in many countries.

Inflation has been increasingly influenced by global rather than local factors: the liberalization of capital flows, a globalized labor supply, and greatly increased international trade. These factors have been highly disinflationary. This trend is now somewhat in reverse since the outbreak of a tariff war between the US and other countries, notably China in 2017. At the same time, the war in Ukraine has exposed supply chain vulnerabilities which have led to a tendency toward repatriation of manufacturing closer to home.

For many years the productivity gains made by innovation have contributed to disinflation. This now may be at an end as the dominant position of major innovators evolves into a monopolistic situation. This could mean lower spending on investment and a less innovative economy that reduces levels of innovation and associated disinflationary effects.

The COVID crisis (like the global financial crisis of 2008) caused unprecedented and extraordinary injections of money into the global economy, with a corresponding increase in public debt. This may lead governments to ‘inflate away’ debt to reduce the debt-to-GDP ratio.

Energy transition costs are likely to contribute to higher inflation over the next decade. Until new energy sources attain sufficient economies of scale, they will likely be more expensive than traditional sources, while the latter will also be more expensive through government incentives to reduce dependence on fossil fuels.

Whatever the case, the outcome of a change in the inflationary regime would be profound, not just for monetary policy, but also for financial stability as high inflation increases the volatility of macroeconomic factors and the policy response.