Sanctions Expose US Dollar Vulnerability but Dominance Set to Continue

For the past century the US dollar has enjoyed unrivalled supremacy in global trade and finance. But the
war in Ukraine and subsequent imposition of sanctions on Russia – the so-called “weaponization of
finance” – has drawn attention to this dominance. It has also given pause for thought to those who would
look for an alternative to the present regime. But in spite of major incentives for some countries to
diversify away from the greenback, there remains a lack of credible alternatives.

Following the invasion of Ukraine, the Western coalition froze nearly half of the Russian central bank’s USD 630 billion in foreign exchange and gold reserves as well as the assets of certain individuals and banks. It also heavily restricted access to the SWIFT payments system. While Afghanistan, Iran, and Venezuela had previously been targeted by similar measures, the size and significance of this action against a military power such as Russia was unprecedented.

Why the US dollar dominates

The impact of financial sanctions reflects the central role of the US dollar in the global financial system.
The four main reasons for its primacy were succinctly articulated by former US Federal Reserve Chairman,
Ben Bernanke, in 2016.

Stability of value: Although we are currently experiencing a surge in inflation, since the mid-1980s,
Bernanke contended, the Fed has “done a good job” keeping inflation low and stable.

Liquidity: US financial markets, especially the US Treasury market, are the deepest and most liquid in the
world. Bernanke attributed this to network externalities (the fact that people like to trade in the Treasury
market because other people trade in it). But there are also structural reasons: the Treasury market is large
and homogeneous, while the market for government bonds traded in euros (a leading potential competitor
to the dollar) is fragmented by country of issuance.

Safety: From time to time Congressional members have played politics with the debt limit, but there is a
large supply of dollar assets considered to be very safe, including Treasury securities. The dollar is
considered a “safe haven” currency, which tends to appreciate during periods of stress but which makes
holding dollar assets attractive in normal times as well.

Lender of last resort: According to Bernanke, “The Fed served as a backstop provider of dollars during the
financial crisis by instituting currency swaps with fourteen central banks, including four in emerging
markets. Under the currency swaps, foreign central banks could obtain dollars which in turn they lent to
banks in their jurisdictions which needed to transact in dollars.”

Yet the effect of initiating financial sanctions threatens to undermine the very basis on which US dollar dominance rests. Once the power of the US dollar and related sanctions is used, those countries who fear they might ultimately one day be targeted are immediately put on notice as to their vulnerability – and naturally look to take steps to reduce their exposure. 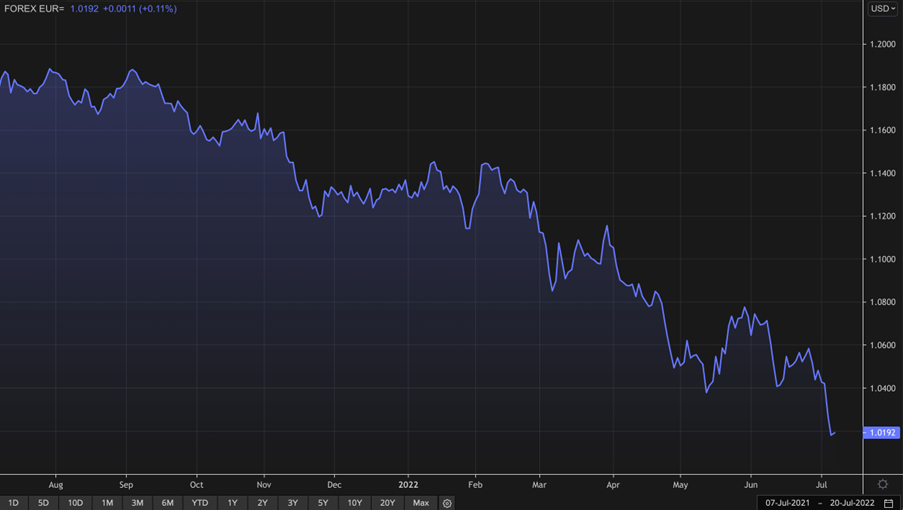 In fact, the US dollar’s share of global official foreign reserves has been in decline since 1999, with its proportion falling from 70% in 1999 to 59% at end-2021, according to IMF figures. While 1999 marked the arrival of the euro, one-quarter of this decline is attributable to a rise in the Chinese renminbi and other non-traditional reserve currencies.

Why the US dollar reserves share is in decline

The fall in the US dollar share has been due to the increased liquidity of many rival currencies, coupled with
falling transaction costs that are in turn attributable to migration to electronic trading platforms,
automated market making, and automated liquidity management. These developments have allowed
currency reserve managers to deal more easily in currencies outside the established “big four” of the US
dollar, euro, Japanese yen, and British pound sterling.

Another contributing factor is the growing tendency of currency reserves managers toward active management, allocating reserves toward investment rather than as passive liquidity buffers. This allows more latitude on the part of reserves managers to allocate funds to riskier, non-US denominated assets.

This would seem to bear out the general view that, in spite of the mounting incentives for countries such as Russia and China to lessen their dependence on the US dollar, the greenback is unlikely to lose its preeminent status any time soon. Several reasons are advanced to support this. 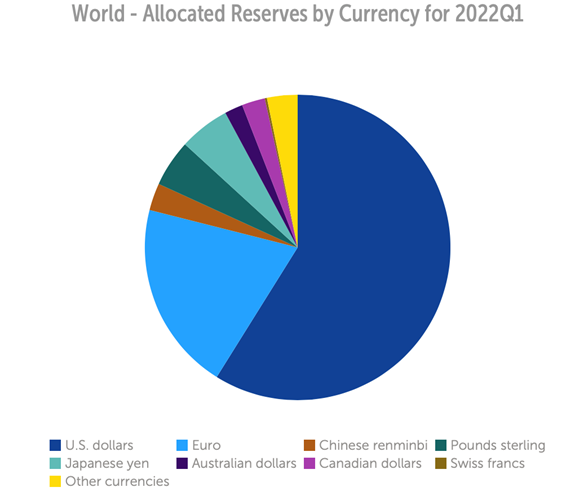 US dollar set to retain primacy in financial markets

The main one is the previously cited unrivalled depth and liquidity of the US financial market and in
particular the might of the Treasury bond. There is little in the way of alternatives. While the euro is most
credible, the global financial crisis and the increased threat of the break-up of economic and monetary
union meant the euro reserve share dropped from 27.7% in 2009 to 20.6% in 2021.

For China, with more than USD 3 trillion in foreign currency reserves, the US Treasury bond market is the foundation of its reserves management. Meanwhile the renminbi, still subject to some capital controls and less than fully convertible, cannot hope to emulate the qualities of the US dollar as an international reserve currency. Easy convertibility and minimum state intervention are directly correlated to attractiveness as a reserve currency. 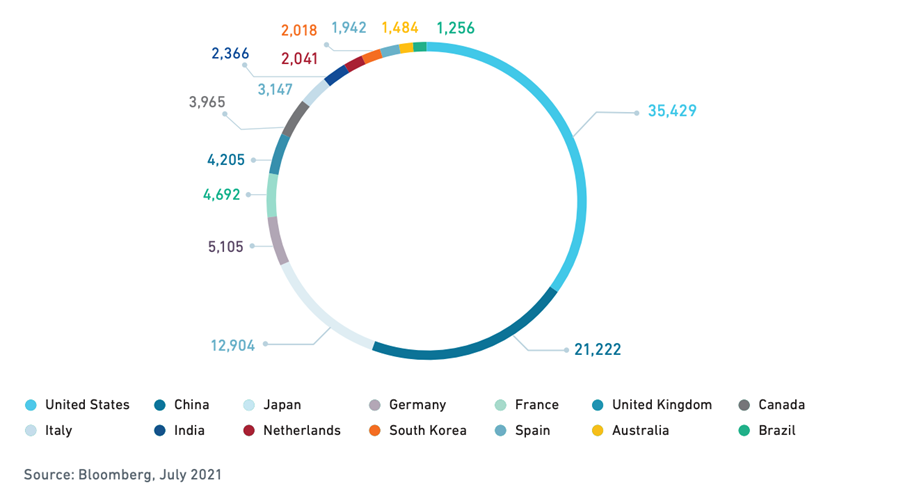 Following the imposition of sanctions, Russian officials were quick to point to the subsequent recovery in
the ruble exchange rate and announce the beginning of the end of US dollar dominance, as they equated
the sanctions with theft. But the recovery of the ruble is largely attributable to strict capital controls and
interest rate increases that are having the effect of crippling the Russian economy and boosting inflation.

The main obstacle to the replacement of dollar dominance is the sheer cost of upending the status quo
and dismantling the US dollar financial ecosystem. For the foreseeable future, the effectiveness of
financial weaponization facilitated by a dominant US dollar seems assured.